PUT AWAY YOUR KNIVES – The Neville Staple Band

Check out this amazing song, ‘Put Away Your Knives’, by the Neville Staple Band, with its 2Tone influenced punky ska and reggae mix, along with the on-point lyrics that focus on the current knife crime problem sweeping the Nation!

The Legendary Neville Staple (ex The Specials, Fun Boy Three, Special Beat, Judge Roughneck and more) and wife, Sugary Staple (who recently co-wrote the highly acclaimed ‘Rude Rebel’s Album with Neville), both collaborated with Dandy Livingstone, another legendary ska figure and originator of Rudy, A Message To You, to produce this lyrical and musical cry to the young people involved in knife crime. This follows the fatal stabbing, just 6 months ago, of Neville’s 21-year-old grandson Fidel Glasgow.

Neville and Sugary are using the song to highlight the great work of Victim Support too, promoting their services to encourage more support and donations, especially for what Victim Support do for families affected by knife crime. Please download the song and donate to VS today.

“Always the life of the party, Neville and Sugary Staple once again show that fun and excellence indeed can go hand in hand. Pure pleasure of listening from beginning to end and a vibrant sight to see. Ska doesn’t get any better than this” – Big Takeover Magazine

Ska royalty Neville and Sugary Staple have announced their new collaborative album ‘Rude Rebels’. It will be released via Cleopatra Records on both CD and special clear vinyl with black and white splatter in time for celebrations for the 40th Anniversary of 2Tone Records.

With 2019 being the 40th Anniversary of The Specials and 2Tone Records, this is a timely release. This album follows Sugary Staple’s sold out ‘Rudegirl Sounds’ EP and Neville Staple’s ‘Return of Judge Roughneck’ double album, also released via Cleopatra Records.

The Staples are a permanent fixture of the widely regarded and enormously active ska scene in the UK and overseas, performing regularly at both venues and massive festivals. In the Neville Staple Band, who have been actively touring both at home and abroad, Sugary joins Neville Staple to front the band.

Sugary and Neville wrote and produced this rebel-lishious offering, alongside Tom Lowry (The Specials, Neville Staple, Spectrum) at Planet Studios in Coventry, which brings a super blend of punked up anthems, dancehall ska and sweet rebel reggae and bluebeat.

“The album was produced with our love of punk, ska, 2tone and reggae, which we mixed into an indulgent sub-culture blend. A bit like me,” says Sugary Staple.

“Working alongside Neville on the production was just perfect. He gets me, and he understands where I am at musically and about my promotion of women going for it, regardless of age and situation. We both still have something to say in our productions, while still creating a dancing beat or a sing-along vocal.”

“I felt really free on this production. Having the freedom to be creative with someone on your wave-length is really refreshing for me. I love how we celebrate the great musical genres of my 40-year career. There’s a little taste of The Specials in there, a Clash type of punk vibe and even Trojan Records styles. We’ve been touring some of the songs and the fans have gone nuts for it. Great to have my buddy Roddy on board too,” says Neville Staple.

As of September 28, the ‘Rude Rebels’ album will be available on both CD and special clear vinyl with black and white splatter. However, the album can already be pre-ordered digitally via Bandcamp and via Cleopatra Records directly.

“Joy. Pure Joy… a testament to how much fun live music can be” – The National Student

‘For this King of Ska, a man behind so many revolutions is once more leading the way’ Ian D. Hall, Liverpool Sound & Vision

Neville Staple recreates his famous Judge Roughneck character, first seen as part of the ‘Stupid Marriage’ song from the Specials debut album on 2Tone Records. Be prepared for a super ride through classic Jamaican early reggae tunes, ska stomping rhythms and new tracks that fit perfectly with echoes of 2Tone and Bluebeat mixed with Trojan music styles. Part 2 of the album takes you on a dub journey with atmospheric vibes, toasting fun and twisted song versions.

A special video release of the lead track ‘Return of Judge Roughneck’ premiers on Vive Le Rock’s online website to coincide with the official album February 2017 release. Shot by Lee Cogswell and Daniel Thompson (production storyline & casting by Christine Sugary Staple, also featured), at various locations in the 2Tone City of Coventry in the UK’s West Midlands, including the heritage building of the historic ‘Coventry County Court’ (now a restaurant called the Establishment), where Neville was sentenced to borstal during his youth. Further locations include Coventry University’s Moot Room, the local Council Chambers, St Mary’s Guildhall and the Belgrade Theatre.

Expect a fun ska dance video filled with Judge Roughneck’s take on the World of politicians, bankers and bullies, along with dancing barristers and cocky jailbirds.

Order the album now (available on CD, Vinyl and download) from: Cleopatra Records: 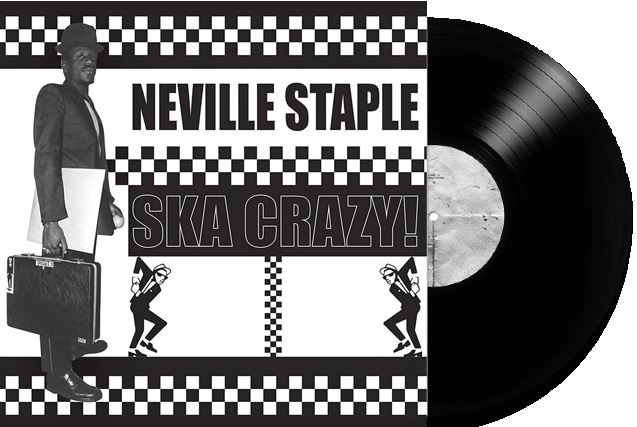 Neville Staple, charismatic vocalist/toaster for one of the most celebrated 2 Tone ska bands ever, The Specials, reclaimed his place in the spotlight with a triumphant 2014 album released on Cleopatra Records. Entitled Ska Crazy!, the album features phenomenal cover versions of ska/reggae classics by Prince Buster (“Time Longer Than Rope”), The Slickers (“Johnny Too Bad”), and Max Romeo (“Wet Dream”) plus brand new compositions including “Rude Boy Returns,” “Girl,” and the gritty single “Roadblock,” which made its worldwide debut in a professionally shot music video that premiered on the syndicated music/pop culture webzine Something Else!

From the cinematic opening scenes of urban decay filmed in Neville’s hometown Coventry, England, the video bristles with tension as the song’s melodic hook, a killer horn-guitar combo riff, pulsates over shots of graffiti walls and CCTV cameras, like the title sequence to a lost season of The Wire. The dramatic plot of the video, a drug deal that erupts in violence, unfolds as Neville and fellow toaster Daddy Woody act as a Greek chorus warning against youthful hubris. Director Joseph Wallace comments, “I wanted to film a video that approached the subject of street crime seriously, yet still very much retaining the relaxed mood and chilled tone of the music. I wanted Neville walking through Coventry’s cold, empty streets at night singing to the camera as though almost preaching his message; weaving in and out of the narrative itself and blurring the line between performance and social issues.” The video was produced by Rawline Entertainment.

Click here to see the story about the making of this video and the people involved.

Staple enthuses about the album, “I am so pleased and proud to have put this album together as it includes some old time classic favourites, which I grew up with and which I have added some ‘original rudeboy’ flavour to. My current band are brilliant and they put a lot of time into creating that authentic Jamaican sound with me, that you will hear in the tracks, as well as helping me with the creation of brand new material. You will also hear a lot of vocals from my wife Christine and my good friend and Jamaican DJ artist, Daddy Woody. I hope you all love it as much as I do and I’m dedicating the album to Jerry Dammers and my cousin Alvin who helped me on the way to a career in music.”

Purchase the CD or vinyl on Amazon: http://georiot.co/3u10

Signup for our Newsletter 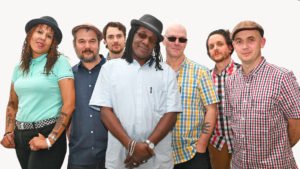 Find out more about the guys in the band, and the dep artists and friends who often can be found sharing the stage with Neville.
Click for more

The Neville Staple Band are pleased to endorse the following:

The Neville Staple Band are pleased to be endorsed by Rotosound Strings.